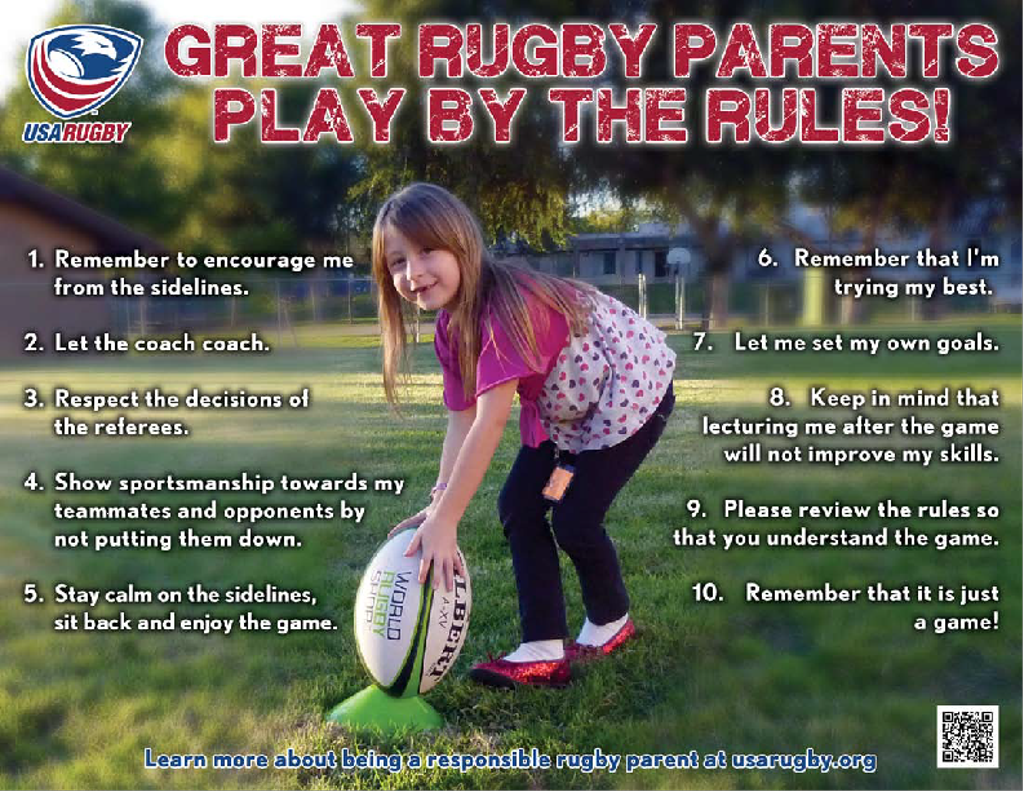 Many people wonder...When can I play rugby in Utah? Well, we have that info for you. The following graph illustrates the seasons, dates of play, and when sign ups are for the sport.

Your Son or Daughter wants to play Rugby?

You are all here because your son or daughter has expressed interest in playing rugby.  Fear not, rugby is supported by many parents and athletes who consider it to be the safest and best sporting experience of all.  Athletes all over the world play this game.  In fact, rugby is often seen as a "game for life."  Unlike grid iron football, players may continue to participate long after their school athletic career has come to a close.  Players may continue to play rugby for years to come by joining local collegiate and adult clubs.  This letter is intended to help you better understand the game of rugby and lay to rest any fear or doubt you may have about your child’s participation.

Rugby features elements of physical contact, but is no more intense than other popular sports.  In comparison to gird iron football, some experts even consider it a safer game.  This logic is justified by several reasons including the fact that rugby allows neither blocking nor rigid protective equipment.  This eliminates the incidence of athletes striking each other with hard plastic helmets and shoulder pads or encountering blind side contact.  Also, dangerous play is treated as a serious offense and not tolerated by officials.  Players may be ordered off the field or even suspended as rugby places equal importance on sportsmanship and winning.  Here are some other reasons rugby is appealing:

Possession:  Rugby is a game of possession, not yardage.  Coaching technique emphasizes passing before being tackled and other skills aimed at retaining possession.  This is in place of struggling to gain yards while opponents attempt to stop players at all costs.

Evasion:  The myth that rugby is less safe because it does not include blocking is simply untrue. As mentioned, players are less likely to fall victim to unexpected defensive hits.  In other sports, space is created by brute force.  Rugby encourages the use of evasion and misdirection which creates opportunities to run plays and score points.  Nearly all collisions can be anticipated, allowing athletes to better prepare for contact situations.

Tackling:  Tacklers must wrap their arms around an opponent.  Absolutely no tackling is allowed above the shoulders.  If it occurs, it is strictly penalized.  This not only makes for safer play, but for higher success rates in completing tackles.  Coaches instruct players on how to tackle as well as how to receive a tackle.

Rugby has been the choice of many well-known individuals.  President Bill Clinton and Pope John Paul played rugby.  Darren Nelson, former Minnesota Viking, played at Stanford.  Ted Kennedy played at Harvard, while Boris Karloff founded the Southern California Rugby Football Union.  Actors David Niven and Richard Harris played rugby both on and off the screen and even Sean Connery played during his school days.  These and many others are all proud members of the rugby community!

Finally, rugby players are all unique individuals who are unafraid of taking on a new challenge.  This legendary game mixes strength, speed, agility, and welcomes athletes of all shapes and sizes.  Be proud that your son or daughter wishes to stand out as a person as well as an athlete.  Welcome to your new sport!

Is Rugby Safe for Youth?